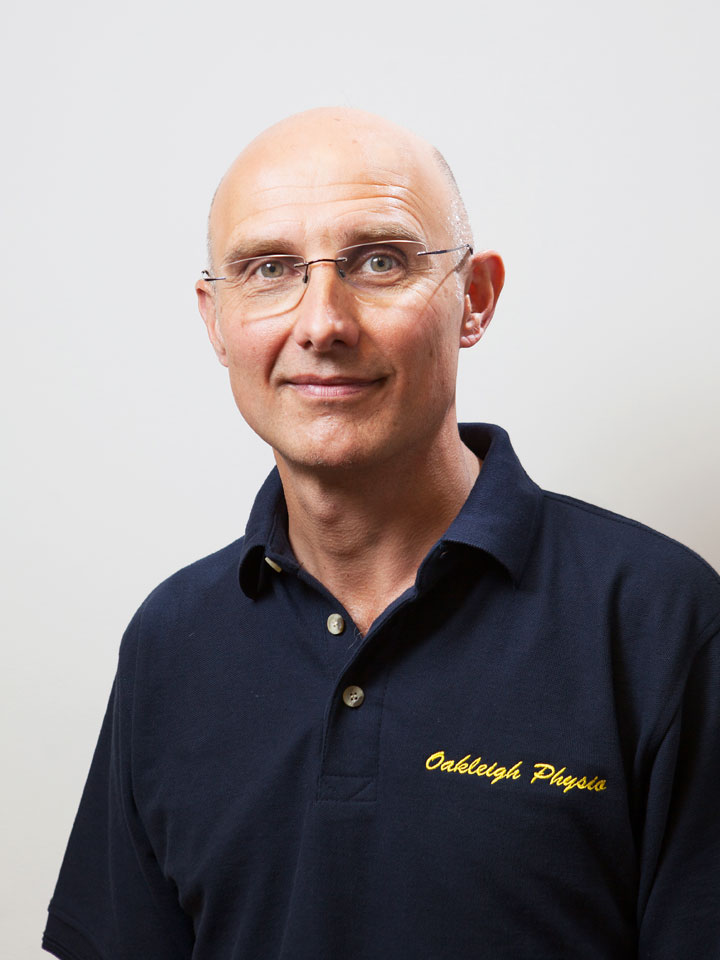 David qualified from The Middlesex School of Physiotherapy in 1991. In 1997, he completed a two-year diploma in Acupuncture at Nottingham City Hospital.

David worked in the NHS at the Central Middlesex Hospital in West London and Barnet and Edgware Hospitals in north London.

He set up Oakleigh Physio in 1996 from which it has developed from a room in the back of a pharmacy to a purpose converted two roomed clinic. The clinic is now based above Oakleigh Pharmacy and specializes in the treatment of spinal and postural problems, such as low back pain, sciatica and neck pain.

David has wide sports injury experience from the past with Southgates Men's Hockey Team from 1991 - 1997, and England's Men's Hockey Team 1995, which included a tour of Australia. Football experience includes Chesham United F.C. and Hendon F.C. in the Diadora in 1993. David also acquired experience in physio work in Hurling with the Brian Boru Hurling Team in 1994 and in Gaelic Football with Gary Owen GAA Club in 2015. More recently David has worked with athletes at the Lee Valley Athletics Centre.

David has a specific interest in paediatric physio and in particular returning injured young athletes to sport as soon as possible.